Information you submit is confidential, but a formal attorney-client relationship is not formed until a retainer agreement is completed.  This website does not guarantee any results, and past results are not predictive of future results. 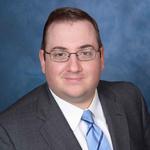 Michael became barred as an attorney in Pennsylvania in 2009 and became licensed to practice in California in 2013.*  Before founding the Law Office of Michael G. Olinik, Michael was an associate attorney at The Butler Firm, APC from October 2013 to September 2016.  When he arrived in San Diego, Michael served as a law clerk to the Honorable Magistrate Judge Bernard Skomal for the United States District Court for the Southern District of California.  Prior to his clerkship, Michael was an associate attorney at Reed Smith, LLP in Philadelphia, Pennsylvania, where he spent three years in the Commercial Litigation Group.

Michael has experience throughout the litigation process, from pre-litigation negotiation through trial and through post-trial procedures.  Michael also has experience working on appeals in both state court and in the Ninth Circuit.

Michael’s career includes litigating in a variety of areas.  At the Butler Firm, Michael's practice focused on employment law, including wage and hour actions, wrongful termination discrimination/harassment/retaliation actions, Private Attorney General Act of 2004 claims, pension benefit claims under ERISA, and business disputes.  Michael was the lead attorney on a three day bench trial resulting in a judgment in favor of his clients.  Michael was also the second chair in a three week jury followed by a one week bench trial in San Diego Superior Court.  Michael litigated in San Diego Superior Court, Orange County Superior Court, the Southern District of California, the Central District of California, and the Ninth Circuit Court of Appeals.

While at Reed Smith, Michael litigated numerous issues involving mortgages, including foreclosure actions, eminent domain matters, credit reporting issues, mortgage modification issues, and sheriff sales.  Michael also litigated environmental issues, including representing three out of over one hundred third party defendants involved in complex environmental litigation regarding the clean up of the Passaic River in New Jersey, where he successfully obtained the third party plaintiffs’ dismissal of two of his clients.  He has also participated in products liability cases and has been involved in business litigation, and has successfully represented the Reading Railroad in a series of zoning issues with the city of Philadelphia, obtaining the city’s dismissal of the alleged violations.

Michael earned his Juris Doctor in 2009 from Villanova University School of Law, where he was awarded the Steven P. Frankino Distinguished Service Award for Outstanding Administrative & Editorial Contributions to the Villanova Law Review while serving as an editor.  For his undergraduate studies, Michael attended the College of William and Mary, earning his BA in Economics and in Government.  He is a member of the San Diego County Bar Association, currently is a Member at Large of the Forum for Emerging Lawyers, and serves as Editor-In-Chief of For the Record, a monthly publication of the SDCBA geared towards lawyers in their first few years of practice.

Michael has served as Vice-Chair of the Forum for Emerging Lawyers (now the New Lawyer's Division) of the San Diego County Bar Association and serves as a member of San Diego Lawyer's Magazine Editorial Board.

Michael is also a member of the San Diego County Baseball Umpire’s Association and has volunteered to umpire little league games in the San Diego area.

*Michael is not currently practicing in Pennsylvania.